The passage of healthcare reform in 2010 and subsequent affirmation in 2012 by SCOTUS was designed to significantly change the nation’s healthcare system over the next decade. With its Individual Mandate mission statement that all individuals are required to obtain minimum coverage, or pay a penalty, the initial phases of healthcare reform infrastructure construction have… 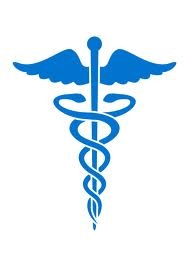 The passage of healthcare reform in 2010 and subsequent affirmation in 2012 by SCOTUS was designed to significantly change the nation’s healthcare system over the next decade. With its Individual Mandate mission statement that all individuals are required to obtain minimum coverage, or pay a penalty, the initial phases of healthcare reform infrastructure construction have begun. The industry has really started to consolidate but new construction has been pushed back as health systems work through major corporate integrations as well as understanding the implications of healthcare reform.  The most recent Cushman & Wakefield(C&W) Medical Office Building Investor Survey takes a closer look at the space.

C&W has been conducting surveys of active participants in the medical office industry on a national basis since 2004. The results of the 2013 Medical Office Building (MOB) Investor Survey have been analyzed, with lenders, real estate brokers and investors responding to questions on subjects such as capitalization and internal rates of return (IRR), as well as current trends and overall market conditions. Market conditions for medical office buildings continue to remain robust since the issuance of the 2012 MOB Investor Survey (May 2012). Financial markets, healthcare demographics and medical office investors continue to remain upbeat regarding MOBs as an asset class overall. In addition, the MOB investment arena continues to outperform other sectors of the commercial real estate market. Strong leasing fundamentals, coupled with plentiful capital chasing a limited supply of product continues to be the primary drivers fueling aggressive pricing for good-quality medical office properties.

Since the C&W 2012 MOB Investor Survey, healthcare REITs have been the darlings of Wall Street. The table below illustrates the 52-week highs and lows for several of the larger publicly traded REITs.

As indicated, the publicly traded Healthcare REITs are trading at or near their respective 52-week highs. In comparison to the 2012 survey results, most of the REITs witnessed an approximate 15 to 50 percent increase in share price, which was fueled primarily by acquisitions, development and improving market conditions. This increase is corroborated by the decrease in the forward annual dividend yield in comparison to 2012 figures.

Favorable capital markets, strong leasing fundamentals and encouraging demographics continue to drive share prices for the healthcare REITs. Medical office properties have pulled their weight in helping to drive share prices, along with the continued success of the senior housing market, of which a majority of the healthcare REITs have a substantial exposure. However, several observers have questioned how long the REITs will be able to continue to purchase properties at reasonable prices, given their long-term buy and hold strategy that has seen a large percentage of medical office assets already placed under control by the REITS. As medical office properties have returned to pricing levels that are equal to or above pre-crisis levels, REITs must be selective and constrained in their underwriting decisions in order to maintain favorable status on Wall Street. While health systems continue to find more attractive ways to monetize medical office assets, the REITs continue to scour the market for third-party controlled medical office assets to acquire.

The continued low interest rate environment for commercial real estate continues to be one of the primary drivers of value in the current market. Investors are able to obtain mortgage financing for well sponsored MOBs at rates generally ranging from a low of 3.0 percent for owner occupied properties to approximately 4.0 to 5.0 percent for typical medical office properties. Currently, LTVs for well sponsored MOBs with strong operating characteristics approximate 60 to 85 percent, with the upper-end of the range occurring with more frequency as the market continues to improve.

In 2012 and the first part of 2013, C&W notes witnessing improving market fundamentals for medical office buildings that has brought core, Class A medical office assets to pricing levels that are similar to or above pre-credit crisis levels. Average capitalization rates for Class A and B MOBs have continued to decrease over the last 12 months by approximately 25 to 50 basis points. The improvement in market conditions is a continuation of improving capital markets, the performance of the Public and Private REITS that have flush cash balances, as well as a limited supply of good-quality product available for sale. Investors continue to view MOBs as a favored asset class, given the continued strong fundamentals of medical office leasing, and healthcare demographics in general.