The Value of Unsalable Art

Estate of Ileana Sonnabend, now pending in the U.S. Tax Court, Docket No. 000649-12, presents a fascinating and peculiar valuation issue, with the Internal Revenue Service taking an even more peculiar position in asserting that federal estate tax was due for artwork that couldn’t legally be sold. The decedent was a leading art dealer, who…

The Value of Unsalable Art 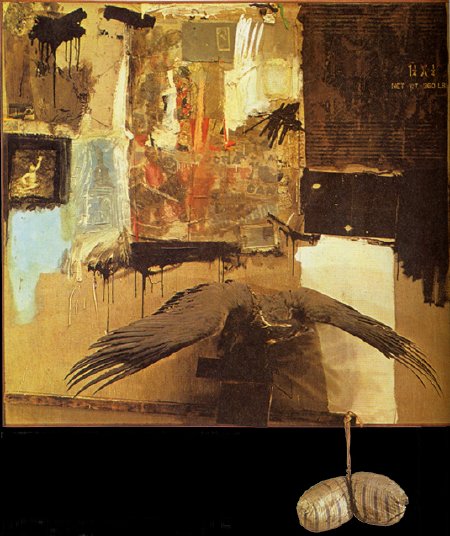 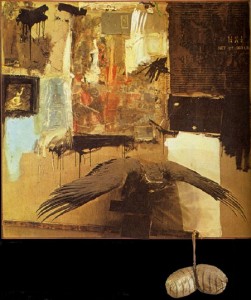 Estate of Ileana Sonnabend, now pending in the U.S. Tax Court, Docket No. 000649-12, presents a fascinating and peculiar valuation issue, with the Internal Revenue Service taking an even more peculiar position in asserting that federal estate tax was due for artwork that couldn’t legally be sold.

The decedent was a leading art dealer, who left an inventory of post WWII art by modern masters, such as Jasper Johns, Andy Warhol and Jeff Koons, with a reported value upwards of $1 billion. Her heirs dutifully sold numerous works, raising $471 million to pay federal and state estate taxes.

The specific item creating the valuation dispute is a 1959 work by Robert Rauschenberg, entitled “Canyon,” part-painting, part-sculpture, incorporating a golden eagle that the artist attested was taken and stuffed by one of Teddy Roosevelt’s Rough Riders. The piece is well known, hanging on loan at the Metropolitan Museum of Art and is subject to a U.S. Fish and Wildlife Service permit.

The valuation issue is created by The Bald and Golden Eagle Protection Act (the Eagle Protection Act), first enacted in 1940 and set forth at 16 U.S.C. 668-668c. The statute imposes criminal penalties on “Whoever, within the United States . . . shall knowingly, or with wanton disregard for the consequences of his act take, possess, sell, purchase, barter, offer to sell, purchase or barter, transport, export or import, at any time or in any manner, any bald eagle commonly known as the American eagle, or any golden eagle, alive or dead, or any part, nest, or egg thereof of the foregoing eagles . . . .” First offenders are subject to a fine of not more than $10,000 and imprisonment of not more than one year, and repeat offenders are subject to maximum penalties of $10,000 and two years’ imprisonment. The statute explicitly excepts from its scope possession of any bald or golden eagle taken prior to enactment.

Despite the Eagle Protection Act’s prohibition on sale or export, the IRS submitted the work to its Art Advisory Panel (the Art Panel) in Washington, D.C. As reported in the New York Times and Forbes, based upon the Art Panel’s recommendation, the IRS asserts an FMV of $65 million, resulting in additional taxes of $29.1 million. The IRS is also seeking a gross valuation misstatement penalty of more than $11 million.

The underpinnings of the IRS position are murky. On an anecdotal basis, the Art Panel is reported as having considered the piece only on its artistic merit and without regard to the criminalization of its sale or export. According to articles in the New York Times and Forbes, an IRS official, now retired, suggested that the painting may have value to a reclusive Chinese billionaire, perhaps referring to the black market.

The Treasury regulations provide useful guidance. The classic definition of “fair market value” for estate and gift tax purposes, set forth at Treas. Regs. Section 20.2031-1(b) is “the price at which the property would change hands between a willing buyer and a willing seller, neither being under any compulsion to buy or to sell and both having reasonable knowledge of relevant facts.”

What facts would hypothetical buyers and sellers reasonably know about “Canyon?” Criminal penalties for sale or export would be highly relevant to the seller and any potential buyer, who would become subject to immediate criminal sanctions. Also relevant would be the work’s renown to the art world, by it exhibition history, and to the persons responsible for enforcement of the Eagle Protection Act, by its U.S. Wildlife permit.

The first rule of reading Treasury regulations is always to read on. Treas. Regs. Section 20.2031-1(b) continues: “Nor is the fair market value of an item of property to be determined by the sale price of the item in a market other than that in which such item is most commonly sold to the public, taking into account the location of the item wherever appropriate.” Under this rule, the market to consider for “Canyon” is the United States art market, dominated by the major auction houses. But then, of course, no major auction house would accept the piece for sale, given the statutory prohibition on sale and criminal penalties.

The IRS’ black market analysis, applied in Private Letter Ruling 9152005 (Aug. 30, 1991), to medieval artworks taken from Europe as booty after WWII, doesn’t apply to “Canyon.” The work’s renown precludes a secret sale out of public view. “Canyon” isn’t likely to disappear unnoticed. And, Sonnabend did nothing to suggest participation in the black market. Rather, the opposite is true. The taxpayer was wholly compliant with the regulatory scheme, obtaining the appropriate permit when the Eagle Protection Act was seen to apply.

So, the peculiar facts confront the IRS with this quixotic query: What is the FMV of an object for which federal law prohibits any market, anywhere in the world? Does the object have an FMV determined by some other standard? Can the taxpayers be charged for the aesthetic enjoyment of ownership separate and apart from any ability to buy and sell the actual property? The answer is NO!

The federal government has defined its tax by a market standard of willing buyers and sellers, not by subjective standards of aesthetic enjoyment. The same government, for public policy reasons, has determined to criminalize buying and selling a particular object, precluding any marketplace, effectively giving the object negative value: fines up to $10,000 and prison sentences up to two years. The obvious consequence of the public policy decision behind the Eagle Protection Act is to preclude any FMV upon which to impose tax on the Sonnabend estate.

Presumably, we benefit more as a country from the Eagle Protection Act, than from the collection of the additional tax, interest and penalty that the IRS seeks to impose on the Sonnabend estate.
Article compiled from sources by Jeff Fisher, Partner with South Coast Investment Advisors, LLC