The Stock Market and the Presidential Election

Statistics have a way of allowing us to twist the numbers to tell us whatever we want.  Keeping that in mind, let’s take a look at how the stock market has performed in an election year and the subsequent years…

The Stock Market and the Presidential Election 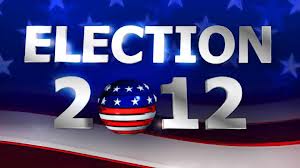 Statistics have a way of allowing us to twist the numbers to tell us whatever we want.  Keeping that in mind, let’s take a look at how the stock market has performed in an election year and the subsequent years thereafter.

History suggests that the stock market and the 4 year Presidential Cycle follow a pretty compelling pattern.

Marshall Nickles, EdD, in his paper Presidential Elections and Stock Market Cycles: Can you profit from the relationship? ran an experiment that showed an investor who consistently purchased the S&P 500 Index 27 months before Presidential elections and had sold near election time on December 31 of the election year drastically outperformed an investor who bought the S&P 500 on the first trading day of the inaugural year of each Presidential election during the test period and liquidated the portfolio on September 30 of the second year of the presidential term.

Past performance cannot predict future results, and statistics can cause us to make the wrong decisions at times.  Take the 2008 election; had you followed the strategy above and bought in on October 1, 2006 until December 31, 2008, your investment would have been down by 6.8%.

Believe it or not, stock prices have rebounded to pre-recession levels; however, growth in the overall economy seems to be stuck in neutral.

Under President Obama and his administration, the Dow Jones Industrial Average (one of the benchmarks used to measure the overall market) has climbed nearly 50% and recouped nearly all of the losses from the 2008 financial meltdown.

History tells us that a stock market rally usually benefits the incumbent.  One would also be naïve to think that incumbent parties do not play with fiscal policy in a manner designed to inflate the economy just prior to an election and try to create some voter enthusiasm (I think it is safe to say that both Republicans and Democrats are guilty of this tactic).

Here are some other things the numbers tell us according to a study by Edward Jones:

In the end what does it all amount to.  Really not much of anything but it does make for good cocktail party conversation.

Investment decisions should be made on your long term investment goals and objectives.  The best plan is one that is flexible enough to make changes when necessary and offer consistency no matter which party is in office.

Back To Top
X
X