The Investment Tax Landscape – Changes on the Horizon

In December 2010, Congress extended the so-called Bush-era tax cuts by passing the Tax Relief, Unemployment Insurance Reauthorization, and Job Creation Act of 2010. However, for investors, the legislation may represent not a pardon but a stay of execution. While it’s true that federal tax rates on income, qualifying dividends, and capital gains have been…

The Investment Tax Landscape – Changes on the Horizon 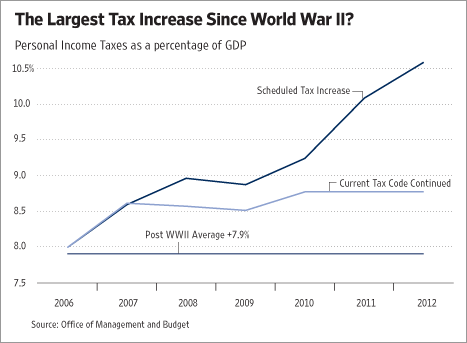 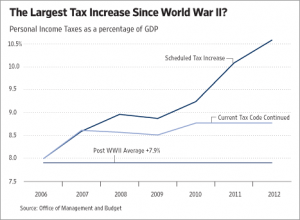 In December 2010, Congress extended the so-called Bush-era tax cuts by passing the Tax Relief, Unemployment Insurance Reauthorization, and Job Creation Act of 2010. However, for investors, the legislation may represent not a pardon but a stay of execution. While it’s true that federal tax rates on income, qualifying dividends, and capital gains have been extended through the end of the 2012 tax year, many of the issues that influenced the debate over tax rate extensions will continue to be the subject of heated discussion. As a result, investors have been granted a reprieve while Congress wrestles with those issues. That’s time you can use to think about how best to position your portfolio.

The can won’t stay kicked down the road forever

Why should you look at the time between now and 2013 as an opportunity? Because the U.S. budget deficit is at levels that both political parties recognize can’t be sustained long-term. In 2010, a presidential budget commission recommended addressing the problem through a combination of spending cuts and tax increases. Though the proposals didn’t get enough support to be submitted to Congress, the deficit problem hasn’t gone away. Even if Congress can agree on budget cuts, the possibility of higher taxes in the future can’t be ruled out.

There are several categories of investors who should be paying particular attention to the planning process in the coming years. They include people with investments that have appreciated substantially in value; people who rely on dividends and bonds to provide them with ordinary living expenses; and people who are considering investing in the newly issued stock of a small business.

The tax cut extensions gave investors who have large unrealized capital gains some breathing room. Rather than a top tax rate of 20%, long-term capital gains will generally continue to be subject to a maximum rate of 15%, and the rate for investors in the lowest two tax brackets will remain at zero. If you own investments that have appreciated substantially in value and that now represent a bigger portion of your portfolio than you’d like, you have another chance to examine whether it makes sense to unwind those investments before the end of 2012. Taxes obviously are only one factor in making such a decision, of course. However, if you’ve been considering selling an asset anyway, you’ve got some time to plan and gradually implement a strategy for doing so.

Two points worth remembering: first, unless further action is taken, the top long-term capital gains rate will increase to 20% after 2012 (a top rate of 10% will apply to investors in the 15% tax bracket); and second, even at the increased level, the rates on those gains would still be relatively low. As recently as 1986, under President Ronald Reagan, the Tax Reform Act of 1986 provided for capital gains to be taxed at the same rates as ordinary income, with a top rate of 28%. To paraphrase Mark Twain, no one is safe when Congress is in session, and there’s no guarantee that the top capital gains rate after 2012 might not be increased beyond the scheduled 20% maximum.

Qualified dividends will continue to be taxed through 2012 at the long-term capital gains rates rather than as ordinary income, as they were before 2003 and are scheduled to be again beginning in 2013. The higher your tax bracket and the more reliant you are on dividends for your income, the more you should be aware of the potential impact if that income were subject to higher taxes. Again, many factors will affect your decision about the role of dividends in your portfolio, including the potential for higher interest rates in the future. However, doing some “what-if” analysis might be useful.

Taxable bonds typically pay higher interest rates than municipal bonds. However, if you’re in a relatively high tax bracket or expect to be in one in the future, munis can potentially offer a better after-tax return. They may be worth a second look between now and 2013, when–separate from any potential increase in federal income tax rates–the unearned income of people making $200,000 a year ($250,000 for couples filing a joint return) is scheduled to be subject to a new 3.8% Medicare contribution tax. Absent further legislative changes, that could make munis even more attractive for affluent investors.

However, as with any investment decision, there are many factors to consider. Local and state governments have come under severe financial constraints in recent years, and though the default rate on muni bonds has historically been low, default by individual governmental bodies is always possible. Also, the legislation that extended the tax cuts did not authorize continued issuance of Build America Bonds (BABs) beyond 2010.

During the almost two years BABs were authorized, many local and state governments used them to tap the taxable bond market; that temporarily reduced the issuance of new tax-free munis. However, since BABs can no longer be issued without further authorization from Congress, the supply of new munis may increase, which could affect prices. Finally, interest rates have been at historic lows since the end of 2008; since bond prices move in the opposite direction from their yields, rising interest rates would not be good news for bond prices.

To help small businesses raise capital, the Internal Revenue Code offers a tax break for investments in businesses that meet certain qualifications. The Tax Relief, Unemployment Insurance Reauthorization, and Job Creation Act of 2010 extended the exclusion of 100% of any capital gains on the sale of qualified small business stock. The 100% exclusion now applies to qualifying stock issued after September 27,

If you’re interested in making an investment that qualifies for the exclusion, you should be aware of some of the restrictions that govern it:

• You must hold the stock for more than five years.

• The gross assets of the business may not exceed $50 million before or immediately after issuance of the company’s stock.

• The stock must be acquired at original issue rather than purchased through the secondary market. (Exceptions apply, including those relating to qualifying stock acquired through inheritance or as a gift.)

• A qualified investor must be a non-corporate investor (though pass through entities such as S corporations and partnerships may qualify).

• You may not sell the stock short during the required five-year holding period and still receive the exclusion. There are limits on the total amount of gain that is eligible for the exclusion. There also may be special considerations if you roll over the gain from the sale of your stock to another qualified small business stock, or if you receive qualified stock as part of your deferred compensation plan. Consult a financial professional about your specific situation.

The nation’s financial pressures will almost certainly mean continued adjustments to the tax code as 2013 approaches. Though there are no guarantees about what will happen when the new provisions expire, investors generally have another chance to fine-tune their planning efforts while taxes remain historically low. If a bird in the hand is worth two in the bush, why not get expert help in taking advantage of the opportunities available now?