The Future of Natural Gas in the US and Abroad

To the average investor, the roller coaster ride that natural gas prices have ridden over the past decade has proven to be one likely filled with more valleys than peaks. While natural gas investors long for the supply shortages that followed Hurricane Katrina in late 2005 and the 2008 leverage induced pricing spikes, they would…

The Future of Natural Gas in the US and Abroad 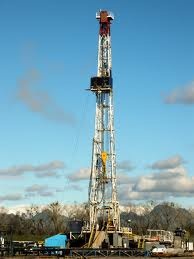 To the average investor, the roller coaster ride that natural gas prices have ridden over the past decade has proven to be one likely filled with more valleys than peaks. While natural gas investors long for the supply shortages that followed Hurricane Katrina in late 2005 and the 2008 leverage induced pricing spikes, they would be better served understanding the current environment for natural gas supply and demand so that they can build a picture of what the future may hold.

One key to understanding the future for natural gas in the US is gaining some perspective on the enhancements to domestic supply brought on by technological improvements which allow better access to unconventional gas resources along with the potential for the US to begin manufacturing natural gas with the express intent of exporting it as Liquefied Natural Gas (LNG).

America’s deregulation of its natural gas market encouraged entrepreneurial energy companies to gamble on new technologies allowing them to extract the gas conventional drilling could not reach. Geologists had long known there was gas trapped in the country’s shale beds. With the incentives for trying new ways of recovering it increasing, not least because, if it could be recovered, it could be brought to market through pipelines offering new “open access” to all comers.

Decades of development later, the independent companies which embraced horizontal drilling and the use of high-pressure fluids to crack open the otherwise impermeable shales—a process known as “fracking”—have brought about a revolution. Shale now provides 23% of America’s natural gas, up from 4% in 2005. That upheaval in American gas markets has gone on to change the way gas is traded globally. 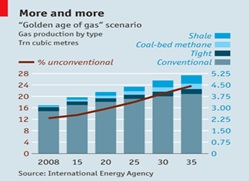 No Unified Market for Gas –Today

Natural gas trading currently occurs in separate markets around the globe. That is, there’s no one unified global price for natural gas. Markets remain isolated due to a lack of infrastructure uniting them.  Gas is currently bought and sold in three distinct global markets—North America, Europe and Asia—and prices differ widely between the three. In deregulated North America, with a competitive market and plenty of shale gas to augment conventional supplies, prices are low. In Asia, where gas is largely traded using a system of long-term contracts tied to the price of oil, prices are high. Europe sits in between: prices at the moment are around $4 per million BTU (British thermal unit) in America, $8 in continental Europe and $11 in Asia. 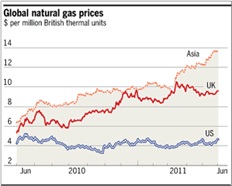 As a result of the Japanese nuclear crisis, countries like Germany and China have either phased out nuclear power plants, or suspended approvals of new nuclear power plants. Natural gas, a cleaner burning fossil fuel, is next in line to fill the void left by the nuclear energy.  Natural gas currently accounts for only about 4% of China’s overall energy usage compared with a global norm of about 16%. The expected demand growth in China, coupled with fast declining conventional gas production in Europe and Asia will likely boost demand in the coming years.

An LNG Milestone for the United States

The U.S. Department of Energy authorized Cheniere Energy to export LNG from its Sabine Pass terminal. Sabine Pass is the largest of nine LNG import facilities in the United States. Cheniere Energy plans to retrofit the import terminal for liquefaction capabilities. Construction is set to begin in 2012 and the production is expected to come online in 2015.  The deal, under which Cheniere will supply leading LNG trader BG Group with gas to ship across the globe over 20 years, will help Cheniere secure financing to build the first U.S. export terminal in nearly 50 years at Sabine Pass in Louisiana. Shares in Cheniere surged 50% as the contract’s details surfaced.  The agreement is a milestone for a U.S. natural gas market that has been turned upside down by the discovery of a century’s worth of cheap shale reserves. Cheniere built Sabine Pass for imports in 2008, but those quickly dried up as demand slowed and prices tanked.  Cheniere will sell the LNG to BG for 115 percent of U.S. benchmark Henry Hub prices, plus a $2.25 premium. The Sabine Pass will have an initial capacity to export 9 million tonnes per year.  Five projects across the United States and two in western Canada have applied for construction and export licenses, seeking long-term deals predominantly with buyers in Asia where prices are four times higher than those in the United States.

A Leveling of Natural Gas Prices?

This LNG export project is a big step toward the globalization of natural gas markets and will put the United States into direct competition with other LNG exporters including Russia, Qatar and Australia. Both utilities and industrial companies claim the Cheniere project will lead to higher domestic natural gas prices. Morgan Stanley also agrees. It’s estimated that North American LNG export capacity may exceed six billion cubic feet per day. This is about 10 percent of the current U.S. daily production of 60 billion cubic feet per day of natural gas. It expects the ramp-up of LNG exports to ease the current poor price environment for gas producers in North America. In other words, natural gas prices may go up.

In reality, LNG exports may simply be getting natural gas pricing back to more normal levels. The ratio of Brent crude oil to Henry Hub gas touched a record of more than 31-to-1 on April 8th. The average during the past decade is about 10-to-1. So a higher natural gas in the United States will just be a return to normalcy.