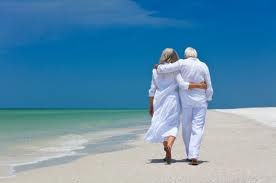 Understanding Social Security benefits can have a significant impact on retirement income especially when it comes to spousal benefits.  Spousal benefits can be worth up to half of the amount of a worker’s benefit if collected at full retirement age. Determining when to start taking social security benefits, whether spousal or one’s own, is an often misunderstood concept.

Unfortunately, the answer is no. If the wife claims benefits at 62, she must accept the largest benefit to which she is entitled at the time, and she forfeits the right to engage in innovative claiming strategies later. She can only restrict her claim to spousal benefits (which would allow her own retirement benefits to accrue delayed retirement credits) if she waits until her full retirement age of 66 to file her initial claim.

Same example from a different angle, suppose the wife plans to claim her spousal benefit at 62, even though she realizes the amount will be reduced because she will collect four years early. Then, when she turns 70, she intends to switch to her own retirement benefit, which would have accrued four years’ worth of delayed retirement credits, boosting her monthly benefit to 132% of the amount she was entitled to at her full retirement age of 66.

This also would not work. If she claims benefits early at 62, that’s it. She has made her decision to claim reduced benefits early. She doesn’t get a second chance to claim more at a later time.  Social Security benefits are designed to be actuarially fair: you can either collect reduced benefit early so that you receive a smaller check for a longer period of time or you can defer claiming benefits until they are worth more later on, but you will collect them for a shorter period of time. There is not an option to do both.

What if the wife is 61 and in poor health and her husband is 71 and has been retired for years?  Because the wife’s primary insurance amount at full retirement age is worth more than half of her husband’s amount, she will not collect any spousal benefits. Her retirement benefits will be based solely on her own earnings record.  If she claims benefits early at 62, she would receive about $1,480 per month compared with about $2,000 per month if she waited until her full retirement age of 66 to collect.

Married couples should familiarize themselves with the retirement benefits under Social Security that are available to spouses.  A common strategy is for the working spouse to delay filing to minimize taxable income and maximize Social Security benefits by receiving them later.  In this case, the working spouse can “file and suspend” those benefits, allowing the other spouse to also receive them.  A working husband files for his benefits at full retirement age, and his spouse (with little or no earnings history) files for her spousal benefits.  The husband’s request to file also includes an immediate request to suspend his benefits. By doing this, his wife can begin to receive her spousal benefits.  Later, ideally at age 70, the husband can claim his benefits when the monthly amount is larger.

This strategy works best when one person, the husband in this case, has a higher earnings history and the spouse, who has had little or no earnings, is the younger of the two. As mentioned previously, waiting beyond full retirement age to file and suspend does not provide any advantage, as spousal benefits are not increased by delayed retirement.

For some, filing to activate spousal benefits and then suspending their own benefits to delay access to them makes sense: Delayed retirement benefits increase by 8 percent for each year their receipt is delayed after the normal retirement age and up to age 70. As there is no additional increase after age 70, there is no reason to wait any longer to file. Of course, life expectancy will impact the decision.

It is important to discuss the best way to take social security benefits with one’s financial advisor, as each person’s situation is different.  For more information visit The Official Website of the U.S. Social Security Administration at www.socialsecurity.gov.