Secular bull markets are great parties. Investors arrive from secular bears really wanting to take the edge off. As the bull proceeds, above-average returns become intoxicating. By the time it is over, the past decade or two has delivered bountiful returns.In contrast, secular bears seem like hangovers. They are awakenings that strip away the intoxication,… 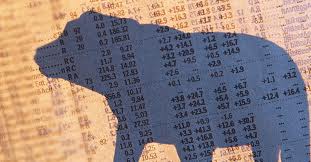 Secular bull markets are great parties. Investors arrive from secular bears really wanting to take the edge off. As the bull proceeds, above-average returns become intoxicating. By the time it is over, the past decade or two has delivered bountiful returns.In contrast, secular bears seem like hangovers. They are awakenings that strip away the intoxication, leaving a sobering need for an understanding of what has happened.

Conventional wisdom explains these periods as irrational or coincidental periods. In reality, secular bulls and bears are periods driven by longer-term trends in the inflation rate. To simplify, a trend away from low inflation, whether to high inflation or deflation, drives the value of the market lower. That leaves investors with below-average returns. The return trip – when the inflation rate trends toward low inflation – drives the value of the market higher. That provides investors with above-average returns.

Then there was the “party” in the late 1990s! Intoxication!! Can you imagine a party so extreme that you end the next day feeling just as groggy as when you first woke up? That day was the past decade. In stock market terms, it has been twelve years of pain that just now brings investors to the starting line.

Wake-up…this must be a nightmare!

No, rather this is a moment of consternation – an eerie tension between hope and fear. You find yourself saying, “It’s not fair… It doesn’t seem right… Secular bear markets average eleven years, don’t they? Isn’t this one supposed to be over by now? Some pundits are saying there might be just a few more years left in this nasty old bear. What do you mean this secular bear has only just begun?”  Even if a big bull is not around the corner, there’s plenty of opportunity. In fact, it’s conditions like these that can provide the greatest potential for astute investors. First, they must understand the environment. Then, investors can use that knowledge to their advantage.

To illustrate, historically the cycle starts with low inflation. Then, due to excess money supply growth or other factors, the inflation rate rises. At some point, economic policies or factors reverse the trend, thereby starting a period of disinflation (i.e., declining inflation). Once back at price stability, the trend can either hold in a state of low inflation or it can move upward or downward across another cycle. The P/E for the stock market is driven by the trend and level of the inflation rate. As a result, there is a cycle for P/E based upon the inflation-rate cycle. High inflation and deflation drive P/E lower. Price stability drives P/E higher.  The P/E cycle creates secular bull and secular bear markets. Some secular periods have been long, yet others have been relatively short. Time does not drive secular periods. Rather, the inflation-rate cycle determines whether they will be relatively quick or quite extended. Inflation-rate trends can last a few years or they can extend for decades.

Secular bull markets transition into secular bears, which are followed by secular bulls. Neither secular bulls nor secular bears are isolated periods. Instead, they necessarily precede and follow each other. This is why they are designated as cycles rather than simply as periods.  They are called secular because they have a common characteristic and driver that extends over an era. The term secular is derived from a Latin word that means an era, age, or extended period.

If history is a guide, the inflation rate will at some point trend away from the present price stability. The result should be a significant declining trend in P/E. If this occurs over a few years, the market losses could be very dramatic.  More likely, it will take a decade or longer. That will enable the underlying economy and baseline earnings to grow, thereby offsetting the decline in P/E. As we have seen from history, that means another decade or longer of near-zero returns. As the economy or the Fed reverses the adverse inflation-rate trend back toward price stability, P/E will trough at its lows and begin the long climb that drives secular bull markets.  These processes take many years. Be careful not to let hope for the next secular bull mask the reality of the current secular bear. Many more years of vigilant, defensive investing will be required for portfolio success.