“Offense wins games, but defense wins championships.”  Ask anyone who’s paid attention to the NFL over the last few decades and they may argue otherwise, pointing out the offensive juggernauts such as Manning, Brady, and Montana who have been so successful at outscoring their opponents and winning big games.  It seems as though getting in… 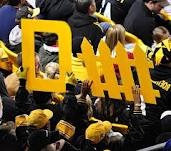 “Offense wins games, but defense wins championships.”  Ask anyone who’s paid attention to the NFL over the last few decades and they may argue otherwise, pointing out the offensive juggernauts such as Manning, Brady, and Montana who have been so successful at outscoring their opponents and winning big games.  It seems as though getting in the end zone with that last second drive has won more games than a goal line stand ever has; however, there are just as many defensive names in the Football Hall of Fame as there are offensive, so one would logically have to acknowledge that both sides must be important.

The point!  This old football adage is the perfect metaphor for the world of investing today.  Offensively minded risk takers (Bulls) in the markets have historically been the ones who have captured our hearts and dominated the headlines.  Since the 1980’s, the keys to getting rich has been to borrow someone else’s money to make money and always have the portfolio invested.  The equivalent of a Hail Mary pass with no time left on the clock to win the game.  It was easy to ignore the risk and the fact that the Hail Mary statistically almost never works because in the 80’s and 90’s as far as the market was concerned it worked nearly every time.

Fast forward to the last 10 years and the market bulls have been getting their metaphorical butts kicked.  The market hasn’t even kept up with inflation returning less than 2% on an annualized basis.  Talk to the guy who used as much leverage as he could in the housing market in 2006 and ask how he is doing today.  Wall Street and Main Street alike have failed to recognize that offense isn’t always the way to win the game.

Have you ever seen a team head into the locker-room way behind at halftime only to come back and win the game in the second half?  Doing the same thing over and over usually produces the same results.  Teams that are flexible and able to recognize what they are doing wrong and re-calculate their game plan are the ones that have the ability to come back.  Many investors today are in the locker room at halftime.  They aren’t happy with the way the last few years have worked out and they are tired of getting beat up.  Their ability to succeed in the “second half” will depend on if they are willing to recognize what they are doing wrong and make the necessary changes to be successful.

Still, the primary way to generate returns over the past 30 years has been to use money to make money. Although the price of it started in 1981 at a rather exorbitantly high yield of 15% for long-term Treasuries, 20% for the prime, and real interest rates at an almost unbelievable 7-8%, the gradual decline of yields over the past three decades has allowed P/E ratios, real estate prices and bond fund NAVs to expand on a seemingly endless timeline. Books such as “Stocks for the Long Run” or articles such as “Dow 36,000” captured the public’s imagination much like a Montana to Jerry Rice pass that always seemed to clinch a 49ers victory.

Yet an instant replay of these past few decades would have shown that accelerating asset prices weren’t due to any particular wisdom on the part of academia or the investment community but an offensively minded Federal Reserve and their global counterparts who were printing money, lowering yields and bringing forward a false sense of monetary wealth that was dependent on perpetual motion.  Just a few years ago people thought real estate would never decline and the phrase “too big to fail” hadn’t been invented yet.  To those people hell has frozen over and pigs can fly.

Interest rates do have a mathematical bottom.   As we get closer to zero, not only are yields rendered powerless to elevate P/E ratios and lower real estate cap rates, but they begin to poison the financial well.  Low yields, instead of fostering capital gains for investors via the magic of present value discounting and lower credit spreads, begin to reduce household incomes, lower corporate profit margins and wreak havoc on historical business models connected to banking, money market funds and the pension industry.  The offensively oriented investment world that we have grown so used to over the past three decades is being stonewalled by a zero bound goal line stand.  Investment defense is coming of age. 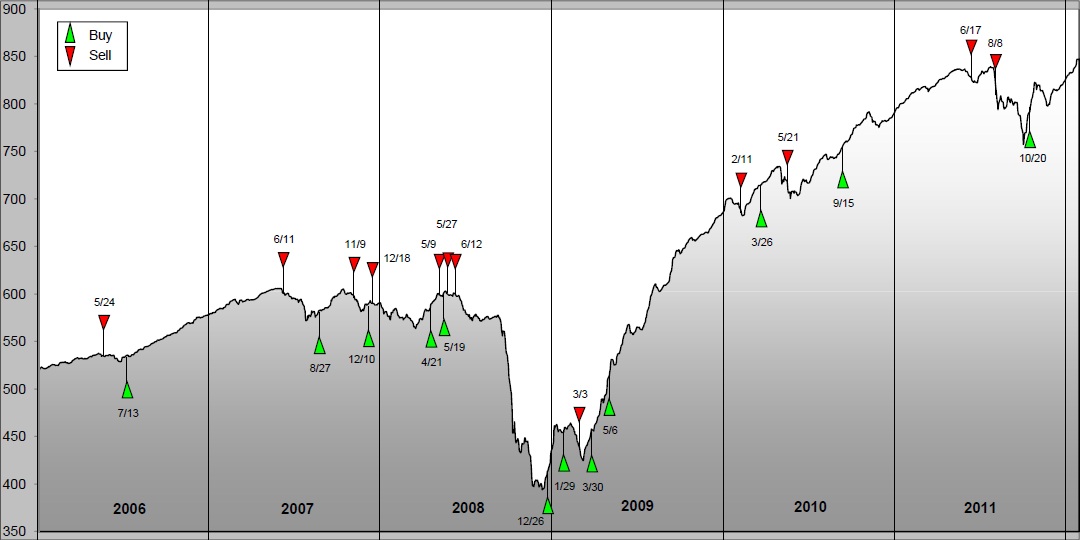 It seems to us at South Coast that successful investing in a deleveraging, low interest rate environment will require defensive in addition to offensive skills.  What does that mean?  Be flexible enough to protect our downside in the stock market by using tactical strategies that move to the sidelines when the risk/return ratio makes no sense.  Make sure our clients’ portfolios are being properly compensated for risk being taken, and get back to the basics of buying low and selling high.

The South Coast Defensive Strategy in 2012

A.)    Emphasize income we believe to be relatively reliable/safe. Focus on asset classes that are undervalued or towards the bottom of their investment cycle.

B.)    De-emphasize asset classes that are fully valued and potentially volatile.

C.)    Combine A and B along with money manager selection to seek consistent alpha with admittedly lower nominal returns than historical industry examples.

D.)    Focus on tax advantaged investments that allow our clients to keep more of what they make while simultaneously allowing us to take less risk for the same net returns.

E.)    Position the portfolio to benefit from inflation by including hard assets such as real estate and energy.

The emphasis these days should be on defense.  Leveraging has turned into deleveraging. 15% yields have turned into 0% money. The Super Bowls of the future will have their Mannings and Bradys, but the defensive line may record more sacks and make more headlines than ever before.

IMPORTANT DISCLOSURE – The above chart represents the dates that Hanlon Investment Management’s research department identified changes in the market trend using their proprietary combination of technical, quantitative, and volume analyses. Hanlon Investment Management then identifies the asset class with the best risk-adjusted return potential in the current market and selects funds from the universe of mutual funds for our client accounts. Buys and Sells may or may not have occurred on the exact dates shown. These dates do not necessarily reflect transactions applied to every individual account. An indication of a green or red arrow on the chart indicates a decision by Hanlon to increase or decrease, by at least 20% of portfolio assets the holdings in high yield bonds in those accounts comprising the Hanlon Brokerage Managed Income Composite. The Merrill Lynch US High Yield Master II Index cannot be invested in directly. The Merrill Lynch US High Yield Master II Index is composed of many high yield bonds. High yield bonds typically have credit ratings of less than BBB, or below investment grade. Actual trading started on July of 2001. For additional information about HIM, including fees and services, send for their disclosure statement as set forth on Form ADV from them using the contact information herein. Please read the disclosure statement carefully before you invest or send money. This advertising piece alone is not sufficient to decide on the merits of HIM.