Natural gas prices have fallen to their lowest point in over 2 years.  Great news for consumers who use natural gas to heat their homes and for manufacturers who use the electricity it produces to run their factories. For those who have natural gas exposure in their portfolios, natural gas below $3.00 is frustrating.  Historically… 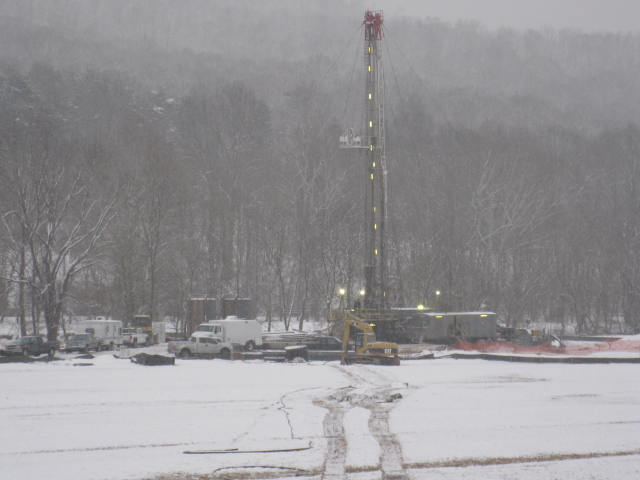 Natural gas prices have fallen to their lowest point in over 2 years.  Great news for consumers who use natural gas to heat their homes and for manufacturers who use the electricity it produces to run their factories.

For those who have natural gas exposure in their portfolios, natural gas below $3.00 is frustrating.  Historically natural gas and oil have traded at a 7:1 ratio on an energy output basis.  Meaning 7 mcf (mcf = 1,000 cubic feet) of gas could produce the same amount of energy as 1 barrel of oil, which meant if oil was trading at $50 per barrel, gas would be trading at $7.15 per mcf.  Over the last decade this gap has spread closer to 10:1.  More recently, the prices have grown even farther out of whack shifting to unprecedented ratios.  The average price for natural gas in December was $3.18 per mcf while the average price for a barrel of oil was $98.38, a ratio of 34:1.

In the last couple of years supply out-paced demand.  The current glut partly stems from the U.S. energy industry’s success with new exploration techniques – notably hydraulic fracturing of shale formations, or fracking. Companies are now able to produce much larger quantities of gas with the same amount of capital giving them the opportunity to be profitable at lower prices.  Shale formations full of gas keep turning up across the country, storage reservoirs are close to full and companies are now starting to try to export the excess gas.

Usually the energy sector’s supply and demand balance is self-regulating.  When prices are low, companies drill less new wells allowing demand to catch up with supply.  Despite low prices drilling has continued.  When Louisiana’s Haynesville Shale was discovered in 2008, gas prices were over $9.00 per mcf and companies rushed to lease as much acreage as possible. Landowners were paid up to $30,000 an acre. The leases required companies to drill at least one well on each 640-acre block, usually within four years.  If a well is not drilled in the allotted time period the leases will expire.  In order to hold the lease in place, there must be at least one producing well. Given that these energy companies do not want to risk losing future access to what could be substantial reserves, they are forced to drill even if all other factors would push them to stand pat.

Although the energy industry typically talks about gas wells and oil wells, most wells usually contain a mixture of oil, gas and a variety of other hydrocarbons. In fact, nearly one-quarter of all U.S. gas production comes from oil wells, according to the government’s Energy Information Administration.

For South Coast, the long term outlook for natural gas prices remains bullish.  Eventually, the natural-gas market is expected to correct itself, either by forcing companies to further slash gas-development budgets or by luring in new gas customers.

Over the longer term, an increase in the number of natural-gas-fired power plants could reduce the surplus of natural gas. New federal environmental rules require extensive upgrades to coal-fired power plants in order to reduce air emissions. Many coal plants are likely to be replaced with gas-fired generation.

The United States has a tremendous opportunity to increase exports of natural gas.  $3.00 gas is somewhat of a novelty as far as the rest of the world is concerned.  In Europe the price of natural gas is closer to $13.00 per mcf and in Asia this number is even higher, around $16.00 per mcf.  Because gas has traditionally been transported through pipelines, prices are more regional.  The closer one is to the producing wells or the less distance the gas has to travel the cheaper it becomes.  As gas transportation technology, specifically LNG (liquefied natural gas), becomes more efficient and less expensive, natural gas prices will be based more on a macro global supply and demand causing the prices to rise.

At South Coast we believe that the short term drop in natural gas prices is a rare opportunity to buy natural gas reserves at significant discounts.  Most analysts will agree that although prices may remain low for the next few years, the long term outlook for gas is quite positive.  As the old Wall Street saying goes, “Buy when prices are low and sell when prices are high.”