Tens of thousands of supporters of the Lebanese militant group Hezbollah filled the streets of Beirut this month to denounce the U.S. for an anti-Islamic film.  Many waved the group’s yellow flag as they chanted, “America, America, you are the… 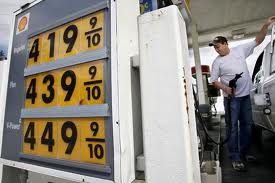 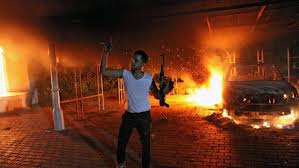 Tens of thousands of supporters of the Lebanese militant group Hezbollah filled the streets of Beirut this month to denounce the U.S. for an anti-Islamic film.  Many waved the group’s yellow flag as they chanted, “America, America, you are the greatest Satan” and “Israel, Israel, you’re the enemy of Muslims,” according to several reports.  The protest followed a call from Hassan Nasrallah, the chief of the pro-Iranian militant group, in which he announced a series of demonstrations.  Nasrallah made a rare public appearance at one of the protests and told the crowds to deafening cheers: “We will not remain silent over the insult to our prophet.”

The anti-Islamic film, which the U.S. has described as “very offensive,” triggered a series of bloody demonstrations and attacks on U.S. and European-linked targets across the Muslim world. U.S. ambassador to Libya Chris Stevens and three colleagues were killed in an attack in Benghazi earlier this month, while Muslim protesters in Tunis and elsewhere were killed.

The U.S. Embassy in Lebanon said it had received reports indicating an increased possibility of attacks against its citizens in the country. The Hezbollah protesters marched in southern Beirut, some distance from the U.S. embassy, in a suburb north of the city.  Nasrallah said the protests will continue until the film is removed from the Internet and the people responsible for it are held accountable. He said the U.S. should understand that the broadcast of the film in its entirety will have “grave” repercussions worldwide.  Last week, the U.S. imposed financial sanctions against Nasrallah for aiding Syria’s President Bashar al-Assad. Hezbollah is designated a terrorist group by the U.S. and Israel.

The recent protests add fuel to the fire of the already tense relationships between the US, Israel and Iran.  Israel accused Iran of orchestrating a bombing attack at a resort in Bulgaria, frequented by Israelis that killed at least six people and injured 30 others. Israeli Prime Minister Benjamin Netanyahu said Israel would “respond with force.”  The possibility of a clash between the two Middle Eastern nations has rippled through the oil markets. Any conflict could escalate throughout the oil-producing region. Also, in the past, when Iran has been threatened, Iranian officials said they would close the Strait of Hormuz, a critical waterway for oil shipments.

Crude futures climbed as much as 0.5% as the U.S. Embassy in Lebanon said it received reports indicating a greater possibility of attacks against U.S. citizens. Crude rose 2.7% in September as the Federal Reserve pledged to start a third round of quantitative easing.  Oil prices are prone to rise should tensions continue to escalate.