A year ago there was growing anxiety that Washington politics and the automatic termination of the Bush era tax cuts would sink the slow-paced US economic expansion. Europe’s woes and China’s slowdown provided additional concern for investors. However, over the last 12 months the expansion has continued. The possible crises were at least temporarily avoided,… 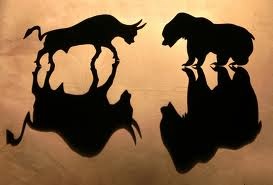 A year ago there was growing anxiety that Washington politics and the automatic termination of the Bush era tax cuts would sink the slow-paced US economic expansion. Europe’s woes and China’s slowdown provided additional concern for investors. However, over the last 12 months the expansion has continued. The possible crises were at least temporarily avoided, and the business cycle kept moving on. One year later the growth in earnings from publicly traded companies is still rising. At this stage at least, it seems that equity prices remain closely in line with the business cycle, not ahead of it.

So what is or has been the “business cycle”? The average business cycle since World War II (recession to recession) has lasted about five years. This current cycle now dates from July 2009 and is four years old. Therefore, if history were a guide, the United States would be less than a year from the next recession. Most recessions since World War II have been characterized by two key events. The first is a deterioration in the ratio of corporate profits to GDP. The second is a rise in short-term rates, suddenly curbing credit expansion. Right now, profit’s share of GDP, albeit faltering a bit, is still at record postwar highs. Additionally, while bond rates have moved up, the US Federal Reserve has indicated that increases in short-term interest rates will not likely ensue until the latter part of next year if not into 2015 and will be tied to actual growth.

Companies are letting natural demand drive their businesses. They have been conservative in their spending instead of using debt to expand their businesses. Similarly, the US consumer has falling debt levels corresponding debt service expense as a percentage of disposable income. While actual wages have stagnated, the declining debt levels and debt service costs have freed up additional spending power. The two key elements of the private sector, consumers and corporations, have been growing net worth moderately faster than debt.

This combination of factors contrasts sharply with the business expansion in the 1980s and 1990s, when US growth was 4%. So the question is, which of these types of expansion is preferable? A credit-driven cycle such as that of the ‘80s and ‘90s, offering exciting annual growth of 4% and then ending with rate increases, market pullbacks and recession, or 2% growth, such as we are experiencing today, with no credit bubble being formed and natural demand driving businesses.

While it is not great for unemployed workers, the current situation may provide better long-term results. It gives the business cycle more time to evolve and provides opportunities for more growth and job expansion down the line. It is a cycle that is more durable and sustainable on its own. Thus the elements of this cycle seem to indicate that a recession will not occur in the next couple of years. But that is not enough to convince investors to get involved, so what can convince them that there are sufficient drivers in place to extend the cycle of growth?

• US growth and manufacturing competitiveness. Much of the job growth in the last four years has come from manufacturing. Why? The United States has minimal labor interference from the government compared to other major economies. In other words, the price of labor resets itself after recessions. Cost of labor increases, a big component of a company’s expenses, have been subdued. Productivity in the United States has risen. This has allowed the country to gain a share of world exports and to witness a return of manufacturing.

• Lower energy costs. The continued development of shale natural gas has lowered electric and ethylene costs in the United States. This has given a competitive edge to US-made products in the world market.

• The reluctance of corporations and consumers to spend on high-cost items. This has resulted in aging buildings, computers, software, cars, trucks and most non-disposable items. That means that a replacement cycle is at hand and pent-up demand for new infrastructure could kick in and create growth.

• The low indebtedness of companies and the ample amount of cash they hold. This will allow corporations to expand as confidence slowly returns and memories of 2008 – 2009 fade.

• Job and population growth. Unlike Europe or Japan, the United States is benefiting from a combination of favorable immigration and births that is also bringing natural economic growth.

• The low cost of capital. I do not see a recession occurring this year. The two triggers for recession, profit deterioration and interest rate increases, are not present in mid-2013. Moreover, the drivers of growth — pent up demand, rising income, better competitiveness — are all extending the cycle and delaying the risks of recession. The end of 2013 may not burn bright by the standards of recent expansions, but its dull glow is likely to last longer.

If indeed this turns out to be a longer business cycle than usual, then it means that the market cycle also has further to go. The S&P 500 Stock Index is up 156% from its March 2009 low of 667. Where is the market relative to fundamentals? Why has the market risen dramatically over the past year with no corrections? The Dow Jones Industrial Average and the S&P 500 have reached record highs, but the corresponding headlines can be misleading. Yes, the market has reached new highs, but does this suggest a peak leading to a fall? This market has more earnings, more cash flow and better balance sheets when compared with market peak before the two most recent recessions.

The quality of earnings is higher. Debt levels as a percentage of assets have receded to 24%, down from 37% in March 2000 and 32% in October 2007. Lower debt levels mean that debt amortization and interest charges will be lower in the future. Cash on balance sheets is also much higher now than at previous market peaks. Therefore, investors have better earnings expectations and are less vulnerable to another credit crunch.  More of these earnings are being returned to shareholders in the form of dividends too. Buying the market now provides an investor a 2.0% dividend yield. Dividend yields were 1.1% in 2000 and 1.6% in 2007.

In terms of valuations, prices were higher at prior market peaks than today. Using price-to-book as a measure of value, investors paid five times the book value of a company in 2000 and over three times the book value in 2007. The average price-to-book value is cheaper today, at 2.4 times. Another valuation measure is the price an investor pays for a dollar of earnings (price-to-earnings ratio). Investors paid 28 times the prior year’s earnings in 2000 and over 17 times earnings in 2007. Today the S&P 500 is trading at 16 times earnings. Investors paid a price of around 19 times the following year’s expected earnings at both prior markets peaks. Today, the market bears a price of 14.3 times next year’s expected earnings.  Market peaks are often accompanied by credit creation at a pace of 8% to 9% of GDP. In the second quarter 2013, credit creation has stalled at less than half the typical rate seen at cycle peaks.  Additionally, market peaks often see mergers and acquisitions reaching well over 7% of the companies listed in the S&P 500. We see only half that ratio at the midway point of 2013.

The second half of 2013 will likely show more of what we have already seen this cycle — a continuation of modest job growth in the United States, 4% to 5% annual growth in consumer sales, better capital expenditures and a dovish Fed. There are no major private sector excesses to be corrected in the second half of 2013. The fundamentals support the progress of this market. Neither the market nor the real economy shows signs of weariness or moving too fast.  Accommodative monetary policies could lead to a credit cycle in which opportunistic businesses and investors borrow cheaply and begin to speculate. However, this has not yet happened. Everyone should have his or her radar screens tuned in for developing excesses or expansive credit cycles, but so far this year has seen neither.

Think of the market as cyclists in the Tour de France on a steady climb into the Alps. Watching every rider (or sector) slowly gain ground and make progress might seem boring for spectators. However, isn’t it preferable to a spectacular rise that ends in a crash? Investors should watch and cheer this steady growth story and hope it continues. They should keep one eye on the possible development of easy-money-driven bubbles while remaining focused on the fundamentals, which are strong and to this very day underpin every move of this impressive stock market run.