Even as millions of baby boomers join the ranks of the retired, increasing the demand for financial advice significantly, the nation’s pool of financial advisors continues to shrink. Like their clients, many financial advisors are at or near their retirement age, and the industry as a whole is unable to replace them as fast as… 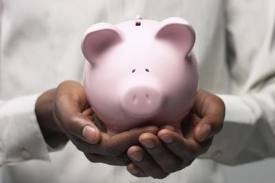 Even as millions of baby boomers join the ranks of the retired, increasing the demand for financial advice significantly, the nation’s pool of financial advisors continues to shrink.

Like their clients, many financial advisors are at or near their retirement age, and the industry as a whole is unable to replace them as fast as they are leaving, according to observers. While there are many reasons cited for this lack of young advisors entering the business, the bad press given to the industry as a whole in the wake of the Madoff and Stanford scandals certainly isn’t helping.

Another factor was the market crash in 2008. As assets under management dwindled by as much as 50% for some advisors, clients naturally started to wonder about the necessity of hiring a financial advisor given the large losses. Many advisors, particularly on the wirehouse side of the business, simply took a wait and see approach instead of being tactical with their client funds and protecting assets by fleeing to cash. Fidelity, Schwab and E-Trade saw influxes of funds as clients decided that they could do just as well as an advisor. This proved in many cases to be a fateful decision made at the exact wrong time.

The smarter approach was to spend time getting to know an advisor, and to find one whose investment philosophy more closely matched that held by the investor. Finding an independent advisor whose belief system and investment philosophy leaned toward a defensive posture, while finding the opportunities that present themselves even during the worst market turmoil, turned out to be a blessing for many.

Advisors from independent broker-dealers saw the greatest decline in their ranks last year, as individuals at poor-performing businesses decided it was time to retire or turn to another profession. Many advisors who had moved from a wirehouse in the past few years and had landed at an independent firm were flushed out of the system. Without the considerable resources that a wirehouse offers to their brokers, many were unable to cope with the sudden market turmoil. In addition, the independent channel offers advisors more choices and more freedom in investment selection. This is a heavy positive for independent reps who take the time to know the investments and how they fit into an overall financial plan, but a large negative to those who don’t take that time and don’t understand the investments that they recommend.

About 79,802 advisers hailed from indie broker-dealers at the end of last year, a 14% drop from 2010, when there were 92,727, according to the Cerulli data, while the number of wirehouse advisers grew by 1% last year to 51,450. The wirehouse firms have boosted their head counts by ramping up new hires and training programs with the resources available to them. The independent channel does not have these resources, and in truth requires a much steeper learning curve to operate successfully.

Registered investment advisors continue to add to their ranks as they have every year since 2004, with the number of RIAs increasing 3% last year to 28,714. There were 20,851 RIAs in 2004. Advisors are finding that it is more profitable and less restrictive to operate as an RIA. It is much less onerous from a regulatory perspective, though that is about to change with increased regulation on tap.

Many registered reps left the broker-dealer channel under the cloud of FINRA arbitration, as bad real estate deals and outright Ponzi schemes took their toll on those reps whose due diligence was lacking. With FINRA angling to now oversee the RIA world as well (pending congressional approval), many of the Investment Advisor Representatives will find themselves regulated by the very agency they fled only a few years prior.

For small independents without name recognition, it is difficult to recruit advisors who manage significant assets. The small independent firms will never be able to match the resources that the large wirehouse firms have on the recruiting side, ensuring that the independent advisor will remain a herd-to-find commodity. Without those assets to help build the business, small firms end up with not-very-profitable books of business that are often sold to another advisor when the owner exits. The result is that the client assets are being managed, but the industry loses an adviser, further consolidating the independent side of the business.

In fact, client assets held by advisors overall have remained at about $11.6 trillion since 2008, even though there were about 20,000 more advisors at that time. Client investments are there and many advisors are doing well, but the pool of experienced and talented advisers isn’t increasing in proportion to the way the market is growing.

When choosing to work with an advisor, it is important to get to know them personally and professionally. Find out if your values and your goals are in the wheel house of the person you are talking with, and choose one based on the belief that the advisor knows what you wish to accomplish and most importantly has the tools at their disposal to meet those goals. The South Coast Team knows the value of our independence, and more importantly we believe that we have the requisite experience and attention to detail required to succeed in this space. Talk to one of us today to find out if we are a good match for you.