How do you know when you’ve hit the bottom?  The answer is, “you don’t; no one does.”  That does not mean however that there aren’t leading indicators that help gauge if the odds are stacked for or against us moving forward, as well as lagging indicators that tell us when things are better now than… 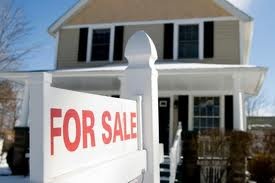 How do you know when you’ve hit the bottom?  The answer is, “you don’t; no one does.”  That does not mean however that there aren’t leading indicators that help gauge if the odds are stacked for or against us moving forward, as well as lagging indicators that tell us when things are better now than compared to before.  One indicator that everyone should be paying attention to is where the smart money is going.  Institutional Investors typically get to the party early with VIP treatment, while the little guy shows up after the band has already left the stage.

Over the last few months some big investors have turned bullish on the housing market, and many of them have started to bet big on a potential rebound.  Hedge funds run by Caxton Associates LP, SAC Capital Advisors LP, Avenue Capital and Blackstone Group LP have been buying housing-related investments.  And formerly bearish research firm Zelman & Associates now predicts a housing pickup, as does Goldman Sachs Group Inc.  Shares of home builders are up 30% since the end of the third quarter, as measured by the Dow Jones index tracking those shares, topping a nearly 10.5% gain for the Standard & Poor’s 500.

Behind these investors’ optimism: Pent-up housing demand. Many younger adults and others have moved in with parents or into apartments, but record-low mortgage rates and improving home affordability could spur them to buy homes. Housing starts have been well under 500,000 a year since the downturn, compared with over 1 million before that.  As excess supply is worked through, eventually the lack of new housing starts will lead to shortages.

The bears would argue that too few homeowners have enough equity to enable them to sell homes and buy new ones, something that usually drives housing. There is also potential for more foreclosures, short sales and defaults, especially among homeowners who recently modified loans. For household formation to grow, unemployment has to keep dropping.  Unless those numbers drastically improve, it’s likely that mid-to-high-end homes will fall in price over this next year.  There also runs the risk that inventories could rise next year if banks move more properties through the foreclosure process.

Has the inflection point come and gone?  Judge for yourself, here are some statistics:

Proceed with caution.  Predicting the future is hard.  Most of the time, the people who got it right just made a lucky guess.  At South Coast we don’t really care if we’ve hit the bottom in the housing market or real estate market in general for that matter.  What we care about is risk adjusted rates of return.  Where can we get the best return for taking the least amount of risk.cannot know for certain when the inflection point will take place.  What we do know is that real estate depends on the location.  There are many areas of the country where prices are off considerably from the highs of five years ago but the general economy looks to have already rebounded.  Timing the bottom becomes less important, rather realizing that we are in a trough and recognizing that a trough represents a buying opportunity is what we should be paying attention to.  Beyond that, if we can leverage our relationships to obtain institutional quality real estate with top tier property managers and buy into portfolios paying tax-sheltered distributions 400-500 basis points about the 10-year, now we are talking. 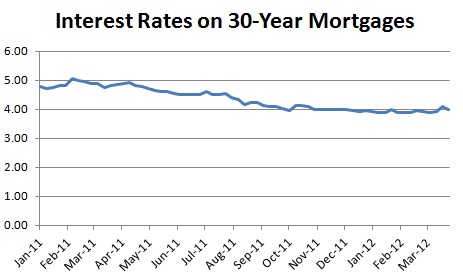 With a long enough time frame in mind, the real estate should eventually rebound.  As an investor, it makes sense to look for opportunities where you can take advantage of buying opportunities and receive a nice return while you wait.  South Coast works with several companies where this is exactly the case.  For more information on how we are navigating this real estate market, give us a call or sign up for one of our workshops.