Déjà Vu All Over Again

Fittingly, déjà vu is a French term meaning “already seen.” It is the experience of thinking that a new situation had occurred before. All was quiet on the western front for the first few months of 2012, and on the surface the global economy looked on the mend. However, in early May, French and Greek elections threw…

Déjà Vu All Over Again 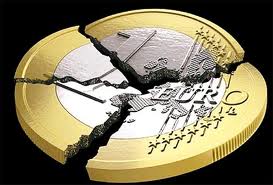 Fittingly, déjà vu is a French term meaning “already seen.” It is the experience of thinking that a new situation had occurred before.

All was quiet on the western front for the first few months of 2012, and on the surface the global economy looked on the mend. However, in early May, French and Greek elections threw the Eurozone into disarray. The French ousted the incumbent Nicolas Sarkozy, one of the primary players and architects of the Greece bailout package and elected Francois Hollande, a socialist and opponent to critical austerity measures. Also in May, Greek voters elected to power a controlling party that opposed the austerity measures tied to the largest sovereign debt restructuring in history. In the end, Greece’s newly appointed political leaders failed to form a government and sent global markets into a frantic mode once again. In addition to Eurozone déjà vu, the U.S. might experience its own déjà vu when the debt ceiling, spending cuts, and tax breaks debate will rear their ugly heads at the end of 2012. This situation has been coined a “fiscal cliff” because of the consequences it holds if the issues are not addressed in a delicate and timely manner. While fiscal policies worldwide take center stage once again, corporate leaders continue to sit on standby with their fingers on the company’s hire button.

The European debt crisis is beginning to show its impact on large export countries like China. Chinese exports, the current engine of China’s economy, have seen a significant decline over the first three months of 2012 to its second largest customer, Europe. Chinese exports to the European Union (EU) for the first three months of 2012, relative to the average monthly export balance in 2011, fell sharply. Exports in March were 17% lower than the average monthly export balance in 2011(1).  In addition to slow global growth, the Eurozone’s currency, the euro is at a 23-month low which is also contributing to a drop in Chinese exports to the EU.

As the euro declines in value relative to other currencies, goods become more expensive for Europeans to import. On the flip side, European goods become less expensive for countries whose currency has appreciated relative to the euro and as a result, will demand more goods from European export firms. Since China’s currency, the Yuan is tied to the U.S. dollar, as the U.S. dollar rises against the euro so does the Yuan. This situation makes Chinese exports more expensive for Europeans. The manufacturing sector in China signaled that the slowdown may continue after China reported a lower than expected Performance of Manufacturing Index (PMI) of 50.4 in the last week of May (2).

A PMI reading above 50% indicates that the manufacturing industry within the country is generally expanding. A reading below 50% generally indicates a contraction. Looking at the PMI numbers shows that the Eurozone and Australia PMI indicators are already showing contraction and that the U.S. and China are both teetering on contraction.

The last week of May 2012 will go down in history. After a lower than expected China PMI and a missed U.S. jobs number, investors flocked to the safety of sovereign debt and drove yields in numerous countries to levels never seen in this global monetary system’s history. Perceived “safe haven” countries in the EU and the U.S. all saw record low yields as investors digested poor economic data and as worry about a Eurozone breakup increased. On June 1st, the ten-year Treasury note closed at an all-time record low of 1.47%. In addition, the yield on the German two-year note reached a negative yield of -0.005% (4). When yields reach levels below the rate of inflation, investors appear to be looking for a return-of-capital instead of a return-on-capital. Furthermore, when yields turn negative, investors are paying to park their cash. It appears very clear from the PMI data and other market indicators that the global economy is once again teetering on the verge of a contraction.

The global economy suffered a major head wound in 2008 when the financial crisis began to unfold. Similar to a quarterback receiving a head or a neck injury, the recovery process from a severe crisis is slow and closely monitored before giving the “all clear” status. The political dysfunction within the EU is similar to that of an inadequate physician or father who puts the player back in the game before he is 100% and without any precautionary measures in place. In addition to the EU, the U.S. will need to assess the health of its quarterback as we near our own “fiscal cliff.” The South Coast team will be closely monitoring the events in Europe and leading economic indicators over the short-term and if needed, will be ready to stack our offensive line to protect the recovering quarterback.