Through May and June many of the tactical managers that South Coast works with began moving to more defensive positions as several indicators pointed to heightened risk in the market.  South Coast’s intermediate trend follower, Hanlon Investment Management, began making… 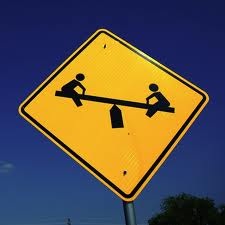 Through May and June many of the tactical managers that South Coast works with began moving to more defensive positions as several indicators pointed to heightened risk in the market.  South Coast’s intermediate trend follower, Hanlon Investment Management, began making tactical shifts on May 15th by moving out of all foreign equity positions.  Shifts continued on May 18th by selling out of all domestic equity positions as well as reducing high yield bond fund exposure.  On June 4th, Hanlon continued to reduce bond fund exposure.  Their timing was almost perfect.  The Dow Jones Industrial Average reached a 2012 low of 12,003 on June 4th, putting it in the red for the year, after losing 1,355 points since May 1st, or -10.15%.  The S&P 500 Index dove 149 points, or 10.5%, to 1266 over the same period and is now barely in the black for 2012.  The Nasdaq Composite lost 358  points to 2,727, or 11.63% from May 1st though June 4th, leaving it also barely in the black.

There were several factors that contributed to the recent downturn including unemployment moving to 8.2% with only 69,000 jobs created in May.   Euro-zone unemployment also reached a new high, hitting 11%.  Many individual countries in Europe are quite a bit higher than that as the 11% is an average – notably Spain, the 12th largest economy in the world, where unemployment amongst some constituents in the population there is as high as 50%.

The 10-year US Treasury yield plummeted to record low yields, closing as low as 1.47%.  German 10-year Bunds (German federal bond) yields also hit record lows and closed at 1.19%.  Interest rates in the US and in Germany are beginning to take on the levels that Japan has seen for years.

Gold jumped for the week, settling at $1,618, and crude oil plummeted, closing at $81.70 per bbl.  Lower oil prices, which should translate into lower gas prices, are a benefit that consumers may reap from this current worldwide correction in risk assets.

Tactical portfolio managers constantly measure risk versus reward to efficiently utilize equities, fixed income and cash to control portfolio volatility.  By moving to the sidelines during high volatility, we can better protect our clients’ portfolios in periods of market downturn such as what we have experienced over the last few weeks.  At South Coast Investment Advisors the concept of tactical management along with the use of alternative investments is hardly a novel concept.  Using tactical managers and hard assets to help reduce overall volatility in a portfolio is a strategy our team has used for several years.  Stop riding the market roller coaster and take some time to understand alternative strategies that are available.  Certain strategies fair far better than others in volatile markets.

Back To Top
X
X