A Lesson in Time Frame Diversification

We live in a world that, for better or worse, is chalk full of an endless stream of wide ranging opinions offered up by a variety of self-proclaimed soothsayers. Whether it be a prediction, a prophesy or a good ole fashion guestimate, the one absolute amongst them all is that no one can say with…

A Lesson in Time Frame Diversification 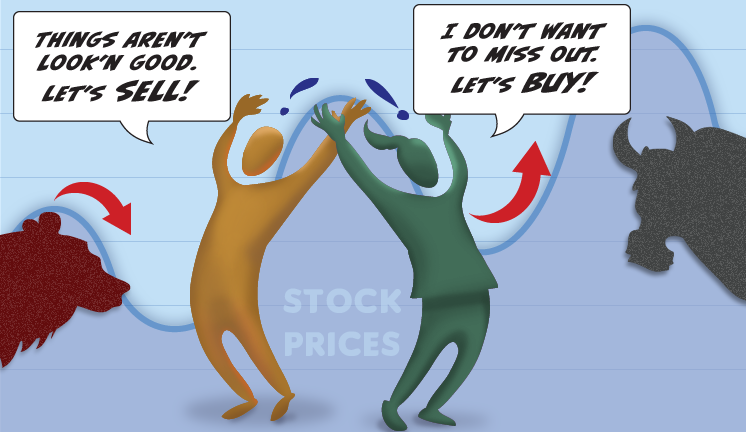 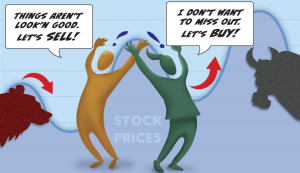 We live in a world that, for better or worse, is chalk full of an endless stream of wide ranging opinions offered up by a variety of self-proclaimed soothsayers. Whether it be a prediction, a prophesy or a good ole fashion guestimate, the one absolute amongst them all is that no one can say with 100% certainty whether or not their “vision” will ever come to pass… or when they will come to pass.

It is not uncommon to hear, for example, predictions that gold will reach $10,000 an ounce, or that municipal bonds are doomed by poor financial management of local governments, or that the US Dollar is all but lost as the world’s reserve currency of choice, or that the Euro will lose its backing and disband as a united currency. I could go on and on but really, my point is not to draw attention to these prognostications, but rather to point out the glaring negative effects that they have on investors trying to manage their portfolios.

All of these forward-looking projections, whether on target or not, can have a paralyzing effect on the average investor; especially if the opinion is sound but lacks a realistic timeframe as to when the proposed event will occur. Often times we run into opinions that address short-term issues but cause us to shift strategies that were intended to focus on a long-term outlook. Conversely and possibly more crippling to your portfolio’s long-term health, reacting to predictions that are focused on secular or long-term trends in a manner that shifts or alters strategies that were intended to be short or intermediate term in nature.

Most prudent investors have a clear understanding of the importance of duration in a portfolio but very few consider the importance of time frame diversification. Time frame diversification simply means segmenting your portfolio into separate sections filled with assets that you think will outperform other assets on a short, intermediate, or a long-term basis. This focus on duration or time frame allows investors to ensure that when opinions are expressed that impact a certain short-term strategy, you remain disciplined and do not make unnecessary changes to your intermediate or long-term investments.

I’ve heard a number of very bright, well-respected authors discuss the problems with the road ahead. Some feel that due to demographics and our current economic malaise that we are headed for massive deflation and a future where only cash is king. Others still have made claims based on a similar fact set however they draw conclusions that differ dramatically; pointing toward a future where cash won’t be worth the paper it is printed on and the only safe havens are gold and bullets. Either of them may be right or both could be wrong. The problem that investors face with either scenario is not how they position themselves long-term but rather if they allow these far-off speculations to control how they position their portfolio in the short run.

You don’t have to look too far into the past for a lesson in time frame diversification. Recall the dire warnings issued just last summer as the government battled back and forth over the federal debt ceiling. Many pundits warned the negative effect of increasing the debt ceiling would have on the value of US Treasuries in the future. There were a lot of very smart investors out there that foretold of Treasury yields rising in the face of the massive federal deficit. Sure they could be right over the long-term but they sure weren’t in the short run. Investors that moved away from treasuries or even bet against them felt the brunt of making short-term allocation shifts based on long-term predictions. Treasuries finished out the year as one of the strongest performing asset classes.

Other investment sectors such as gold and oil are widely bandied about by our faithful prognosticators. Those that we feel are headed for gold at $10,000 an ounce and oil at $200 a barrel may not be entirely wrong as the years pass however both assets have cooled in the short term.

The recent performance of natural gas speaks to the issues with utilizing intermediate to long term outlooks when managing your short-term positions. The media has spent a considerable amount of time and energy shedding light on the dramatic downtrend in natural gas prices following the Great Recession and the massive expansion of supplies from shale deposits. For those of you that sold your natural gas on the news, you likely missed the recent 15% increase that we’ve experienced over just the last two weeks. For investors that were focused on a short duration risk/reward trade, natural gas presented a very strong opportunity for profit in that short run, regardless of the long-term prognosis for the commodity.

These examples are but a mere drop in the proverbial bucket of investment categories that present very different outlooks when scrutinized under the lenses of differing time horizons. The concept of time frame diversification should play a significant role when structuring a well-balanced, tactically managed portfolio. At South Coast we believe that investors, in order to be successful in the markets, have to focus on short, intermediate and long-term prospects. By segmenting the various allocations and strategies in your portfolio amongst differing time frames, you can separate yourself from all of the “noise” that can cloud your judgment and erode your confidence and your success.