The Economy The domestic economic landscape improved markedly in the third quarter, emerging from a first half that did not quite live up to expectations. The Bureau of Labor Statistics raised its third estimate of second quarter gross domestic product (GDP) to +4.6%, a robust about-face from the -2.9% contraction of the first quarter. The… 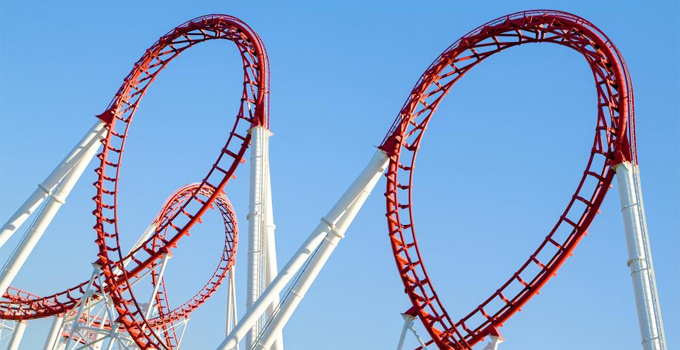 The domestic economic landscape improved markedly in the third quarter, emerging from a first half that did not quite live up to expectations. The Bureau of Labor Statistics raised its third estimate of second quarter gross domestic product (GDP) to +4.6%, a robust about-face from the -2.9% contraction of the first quarter. The reversal did not come as a surprise, as many economists had noted that economic data was exhibiting strength in many segments. The gains in the third quarter were led by an increase in consumer spending, which was fueled by an improving employment situation, record stock prices, and firming housing values. The employment situation was somewhat mixed during the quarter, with an average of about 207,000 jobs added each month during the quarter. The unemployment rate also declined to 6.1%, a cycle low.

Globally, the recovery has been a bit more challenging. While the U.S. and Canada have seemingly turned the corner towards acceleration, the eurozone’s economy has had a difficult time generating steam, and continues to be hampered by high levels of unemployment and large amounts of debt. The recent decline in the euro should help exports, and could perhaps serve as a catalyst for sustained improvement. Japan’s economy has slowed considerably following an April sales tax increase.

Economists expect China to remain a key driver of global growth going forward, but policymakers will be seeking to manage an unwinding of the credit bubble and a cooling off of the property market without adversely impacting other areas of the economy. Still, recent data suggest that the economy will end the year below the 7.5% annual growth target, and policymakers may take further stimulus measures to mitigate a further slowdown. 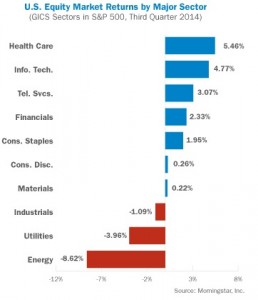 During the third quarter the Federal Open Market Committee (FOMC) affirmed its commitment to keeping the fed funds rate near 0% for a “considerable time,” language that many economists believe will be altered during the committee’s December meeting. In addition, the FOMC further reduced its asset purchase program, and stated that it will end in October. A growing consensus among economists is that the FOMC will begin to raise the fed funds rate sometime in the latter half of 2015.

The domestic economic landscape in the second quarter remained mixed, after the effects of severe weather in the first quarter lingered. The Bureau of Labor Statistics lowered its third estimate of first quarter gross domestic product (GDP) to -2.9%, reflecting a broad-based contraction in many areas of the economy, including consumer spending, exports and business investment. It was the largest decline in GDP in five years. The employment situation continued its trend of modest improvement, with an average of about 200,000 jobs added each month during the quarter. In addition, payroll employment finally exceeded the pre-financial crisis peak, having recovered the 8.7 million jobs lost in the recession.

The information, analysis, and opinions expressed herein are for general and educational purposes only. Nothing contained in this quarterly review is intended to constitute legal, tax, accounting, securities, or investment advice, nor an opinion regarding the appropriateness of any investment, nor a solicitation of any type. All investments carry a certain risk, and there is no assurance that an investment will provide positive performance over any period of time. An investor may experience loss of principal. Investment decisions should always be made based on the investor’s specific financial needs and objectives, goals, time horizon, and risk tolerance. The asset classes and/or investment strategies described may not be suitable for all investors and investors should consult with an investment advisor to determine the appropriate investment strategy. Past performance is not indicative of future results.

Information obtained from third party sources are believed to be reliable but not guaranteed. Envestnet | PMC™ makes no representation regarding the accuracy or completeness of information provided herein. All opinions and views constitute our judgments as of the date of writing and are subject to change at any time without notice.

Investments in smaller companies carry greater risk than is customarily associated with larger companies for various reasons such as volatility of earnings and prospects, higher failure rates, and limited markets, product lines or financial resources. Investing overseas involves special risks, including the volatility of currency exchange rates and, in some cases, limited geographic focus, political and economic instability, and relatively illiquid markets. Income (bond) securities are subject to interest rate risk, which is the risk that debt securities in a portfolio will decline in value because of increases in market interest rates. Investing in commodities can be volatile and can suffer from periods of prolonged decline in value and may not be suitable for all investors. Index Performance is presented for illustrative purposes only and does not represent the performance of any specific investment product or portfolio. An investment cannot be made directly into an index.