The Economy The domestic economic landscape in the second quarter remained mixed, after the effects of severe weather in the first quarter lingered. The Bureau of Labor Statistics lowered its third estimate of first quarter gross domestic product (GDP) to… 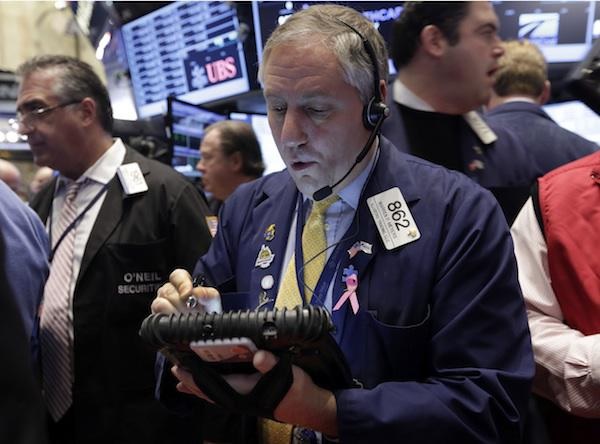 The domestic economic landscape in the second quarter remained mixed, after the effects of severe weather in the first quarter lingered. The Bureau of Labor Statistics lowered its third estimate of first quarter gross domestic product (GDP) to -2.9%, reflecting a broad-based contraction in many areas of the economy, including consumer spending, exports and business investment. It was the largest decline in GDP in five years. The employment situation continued its trend of modest improvement, with an average of about 200,000 jobs added each month during the quarter. In addition, payroll employment finally exceeded the pre-financial crisis peak, having recovered the 8.7 million jobs lost in the recession. 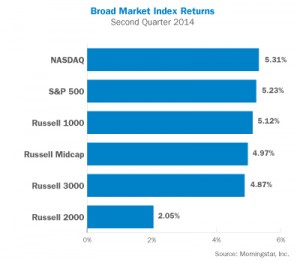 Globally, the themes remained similar to those that prevailed in the first quarter. The eurozone’s recovery continued to be tepid, prompting the European Central Bank (ECB) in June to take the aggressive step of lowering its deposit rate to -0.10%, which means financial institutions must pay interest on funds held at the central bank and not loaned out. The move was an effort to avoid the prospect of deflation, and marked the first time a central bank instituted a negative lending rate. Real GDP in the eurozone region increased a meager +0.2% on a quarter-over-quarter basis, but the year-over-year growth was a slightly better +0.9%.

In China, policymakers continue to walk the fine line between reining in credit while at the same time avoiding too deep of an economic slowdown. Annualized GDP growth in the first quarter (the latest data available) was +7.4%, the lowest in six quarters. At the same time, tight credit and soft demand resulted in the weakest quarterly property-investment growth since 2009. Premier Li Keqiang stated during the quarter that growth needs to exceed 7.5% in order to sustain employment, and analysts believe the government will institute additional stimulus measures should growth slow further.

During the second quarter the Federal Open Market Committee (FOMC) made few changes other than making further reductions in its asset purchase program. Analysts are now beginning to focus on what the FOMC plans to do with reinvestment proceeds of the securities on its balance sheet. The committee stated that it would continue to reinvest the proceeds, meaning that its balance sheet will not be reduced. Some economists have suggested that implementing a plan of not reinvesting the proceeds would essentially form a bridge to the next phase in the process, which would be an interest rate increase.